This Narrowgate story is a tragedy in Three Acts, and at this point in the story, the curtain is officially rising for Act Two. And I will warn you – if you thought things up to this point were bizarre, I can only quote Randy Bachman of the Bachman – Turner Overdrive: “you ain’t seen nothing yet“.

The last blog entry came to a close with a few men standing out in the woods until a car drove up and Liam stepped out with the answer to life, the universe, and everything. In case you are wondering, it was not 42. We all went inside the apartment to rejoin the ladies, where Liam passed out a handout for us.  It was aptly titled “The Answer”.

I’ve found a reason for me to change who I used to be. A reason to start over new… (Hoobastank)

The cable show called “Hoarders” provides cheap entertainment by following the lives of the more extreme packrats, who keep stuff that they consider important. I am also an admitted packrat – I rarely throw stuff away when I consider it important. I’m more of a mild to moderate packrat – I keep old notebooks, calendars, day planners, and stuff like that. You could consider that I provide cheap entertainment by revealing the junk I’ve collected during my time in the Narrowgate cult. All this information is, to me, a static snapshot in time of who I once was, like a scientist saving a glass slide that holds a particular specimen of amoeba. Unearthing this information helps me to better understand who I am today.

Miraculously, I found a copy of Liam’s handout of “The Answer” just a few weeks ago among my files and notebooks from that time period. While many of my old blog entries were printed on an inkjet printer (and had become unreadable as the paper absorbed moister and the ink smeared over time), this document was printed on a laser printer and is to this day pristine and readable. Of all the miraculous things that have happened since I decided to write about my admittedly bizarre life, finding this document ranks way up on the list. This document is a landmark find – something in Liam’s own words. Instead of taking my word on what happened in Narrowgate, this document gives you the luxury of jumping into the cold wet tank of cult mentality. This particular find is similar to providing the original Messiah College news article: this is raw documentation, untainted by my own recollection and personal bias. You may read it in its entirety here:

In case you are in a hurry and couldn’t take the time to read the admittedly long document, I’ll summarize some of the main points. Liam started off calling himself both our friend and our pastor – that he was “in charge” of the group as our authoritative leader is beyond dispute. He mentions the term “New Life” which I want to point out was at this time our group’s name. For all intents and purposes, I have called this the Narrowgate cult all throughout this series, as that is what it was originally named. I will continue to call it Narrowgate, though again we were at this time re-branded as New Life Fellowship. 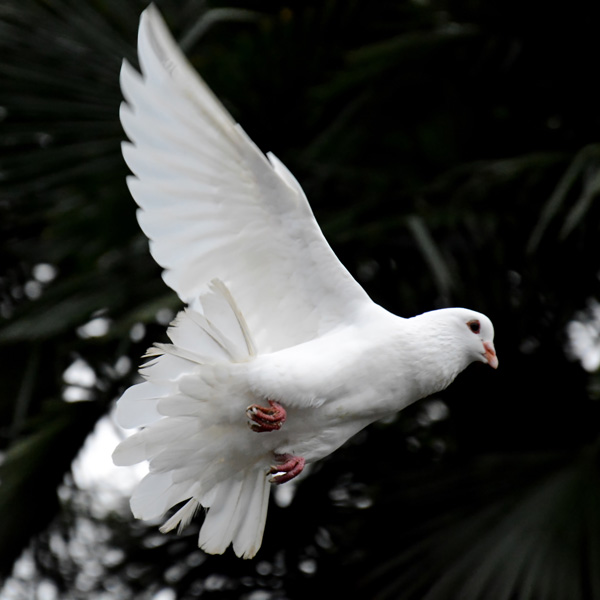 Liam said that we were all defeated and living crappy miserable lives because we weren’t listening to God at all.  He compared us with the original disciples who weren’t a whole lot of help to Jesus, until they were empowered on the day of Pentecost. That proverbial day of Pentecost was this document, “The Answer”. As we move into Act Two, this is a major turning point for the group. According to Liam, the key to our future happiness and success was to listen to God and do what He told us to do during every moment of every day.  It all made a lot of sense since we were all in the same boat of being unhappy with life and being defeated daily.  And it sounded pretty good – because Christians should indeed listen to God, right? It was declared as the solution we all had been looking for, the cure to what all of us had been suffering through. And there were just enough theological buzzwords to make the pill go down nice and easy.

It is worth noting that Liam described only two possible “reactions” to this document: in his words, relief or pride / anger. It really was a black-and-white issue here – accept this theology, or… what was the alternative? We’ll find out later on in Act 2 what happens to those who did not quite measure up to this teaching, and it’s not pretty. That we were to accept this document and its theology was not negotiable – we were, in Liam’s words, to make “ourselves total slaves to God with absolutely no will of our own.” Again I will point out that there were enough buzzwords to make this sound pretty good in relation to established Christian doctrine. But as is always the case, the death is in the details: How would all of this be practically possible to follow?

I had an easy time accepting this “cure” because at the time, I was getting desperate with worrying about our increasing debt.  At this time Megan and I were getting deeper into debt as student loans came due. I was facing some tension because our time at Narrowgate meetings was steadily increasing, which sometimes caused conflict with my job. And when you boil that down to a black-and-white world view, do you think I chose my job, or growing in God?  My job was getting tedious. I was stressed and worried but continued acting “in faith” which in this case meant I was in a state of denial that the debt existed.  It grew, though, and I became more and more worried, which led to self-condemnation that I didn’t have enough faith in God to provide, which led to more denial of our debt.  It was a horrible cycle.  So the answer was, to me, a pretty sweet deal – I believed that if I just listened to God’s voice more it would bail us out of our debt.  I was not alone in my thinking, several other couples in the group were trying to work through debt as well.  My wife had a harder time with this concept that I did, it almost became more of a test for her and the pressure to listen to God and keep up with the rest of the group was difficult for her. In hindsight, she may have seen some of the flaws more clearly than I did. But as I said, we were all pretty desperate – a simple answer to our complex problems was simply too good to pass up.

For the most part everyone accepted the teaching, and it became the topic of discussion all the time.  Our small groups split up and we began to meet at Emma and Liam’s again, every Wednesday night.  These new meetings started earlier at 7:00 PM and would run until midnight or even later.  People were publicly shamed for arriving late and for leaving early.  Liam taught that he no longer had to be our only leader, since we all had the power to listen to what God was telling us and lead ourselves.  This sounded great,  but did not practically happen: Liam still scheduled and ran our group meetings, and held an incredible amount of authority over us all. Perhaps even more now than ever before – because now whatever he told us was based on what God’s voice told him. It was irrefutable – Liam was the Wild Draw 4 Uno card of Narrowate in that there was no higher card in the deck.

One of the newer teachings that came about as a result of “The Answer” was that we should do nothing unless God tells us.  I remember that Isabella had a hard time with, asking if that meant we should just stay in bed all day long unless God told us to get up? And Liam said yes, that was correct.  We had to listen for God’s voice, and do what it said. That specific concept was a little hard for me to swallow – how would this teaching affect my work schedule?  What if God didn’t tell me to go to work, and I lost my only source of income? These kind of fears were presented as our flesh conflicting with obedience to God’s direction – if we didn’t receive direction from God and lost our jobs, did we trust Him to provide for us? I admittedly compromised somewhat on this teaching.  I believe in military terms, it’s considered UNODIR – unless otherwise directed. I would go to work and do my normal necessary things to work and pay the bills, and then I would listen and do whatever crossed my mind, writing it off as “God” speaking.  I began working less and spending more and more time with the group.  It started to turn into a group communal culture: we were practically always together with someone from the group, meeting every day, not just on Wednesdays.  I took vacation and personal days so I could be with people in the group more while still getting paid.  My work life was getting increasingly chaotic.

The challenge to listening for God’s voice became the ultimate spiritual battle, one we took up with enthusiasm. And “spiritual warfare” became much more pronounced – Liam taught that we were to wage war with anything that held us back from listening to and acting on God’s voice. These things were called “idols” and they very suddenly became a prime target for eradication – if we put something above “God’s voice”, it was a horrendous sin that required sacrifice of that thing. There was perhaps just enough truth in this concept to make it logical – a Christian should indeed seek God above all else. The Bible story came to mind of Abraham being commended by God for being willing to sacrifice his only son – this was proof that we were on the right path. We were encouraged to go through our homes and throw out anything that was an “idol”. Testimonies were shared at group meetings of people destroying their “idols” – as an example, Isabella shared in one meeting how God told her that her VHS copy of Pretty Women was an idol in her life that had to go. We threw out a few trivial things, but for the most part we were going with the flow to keep pace with our peers.  It was getting increasingly chaotic in our life, in my job, and in our marriage.

There was, during this time, such an incredible focus on listening for the voice of God and acting on that voice. Unfortunately, there was very little discernment on whether or not the voices were actually God, or just the normal internal dialogue inside your head. And what if there were conflicting voices? If “God’s voice” told me to do something and didn’t tell my wife, should we both do it, or just one of us?  And for important decisions that affected both of us, should we act only if we both received the same direction from God independently? It was difficult to find a practical balance, and we were increasingly unhappy. This teaching seemed to create more questions for the group than it answered, but we charged onward with confidence that it would all work out. After all, it was “The Answer” to all our problems – it had to work.

But some of these newly created questions could have a pretty significant impact:

I am sad to say we didn’t have to wait long until those questions came up.

And the worst question of all:

Unfortunately, we didn’t have to wait long to find out about that question, either.